The Best Places to Live in Thailand

The Southeast Asian region of the Andaman Sea is home to the Kingdom of Thailand. This expansive archipelago is one of the most beautiful and culturally fascinating destinations in the world both for travel and residence, with a world-class standard of real estate (accommodation and housing) that adds to Thailand's global stature, making it the ultimate destination for residence.

Even though foreign nationals are usually drawn to the country's capital city Bangkok, known as the 'City of Angels' (Krung Thep by locals), Thailand's many beautiful regions and islands have become magnets for expats from around the world who form vast communities across the nation. Here is a snapshot of the 11 best places to live in Thailand:

The coastal town of Hua Hin's close proximity to Bangkok has attracted a multigenerational expat community. Despite its history as the chosen destination for the Thai royal family's summer palace in 1920 and its annual international jazz festival, the district has remained a relatively quiet jurisdiction. Retirees are attracted by the prospect of a low cost of living with high standards and younger expats appreciate a calm weekday lifestyle that is supplemented by lively weekend trips to Bangkok.

The cashew-shaped island of Koh Tao is the smallest of the Gulf chain islands but is considered the Gulf's best diving spot. The island used to be a favorite hideout location for pirates and with its key industry being scuba diving, many residents and visitors alike are attracted to 'wreck diving' on the islands, discovering submarines and battleships from the Second World War. The expat community on Koh Tao is large and connected.

Northern Thailand brings the treasure of traditional and artful life. The city of Chiang Mai, with its sacred Buddhist temples (wat) and handicrafts, is no different. The local community is very receptive to visitors and new residents, having been previously influenced by Burmese and Chinese migrants, and offers hikes through remote villages as a way to share their way of life with the world. However, Chiang Mai still bustles with live music and night markets, offering residents the best of city living without the frenzy of Bangkok.

In the South, Phuket is known as a 'party playground', especially due to its iconic attraction Patong Beach. The rainforest island of Phuket is Thailand's largest (about the size of Singapore) and has many varied sub regions but also caters to those seeking a more secluded lifestyle. Mai Khao Beach and Cape Panwa both remain largely unspoilt and house water parks and protected wildlife, perfect for residents seeking a peaceful getaway.

5. An off-the-grid escape in Khao Lak

Just 100 km north of Phuket, Khao Lak remains a tranquil and traditional setting that draws European visitors to its shores. The town of Bang Niang is an off-the-grid escape for families that need a break from the city life but also appreciate a range of entertainment, dining, and shopping options in a calm environment. 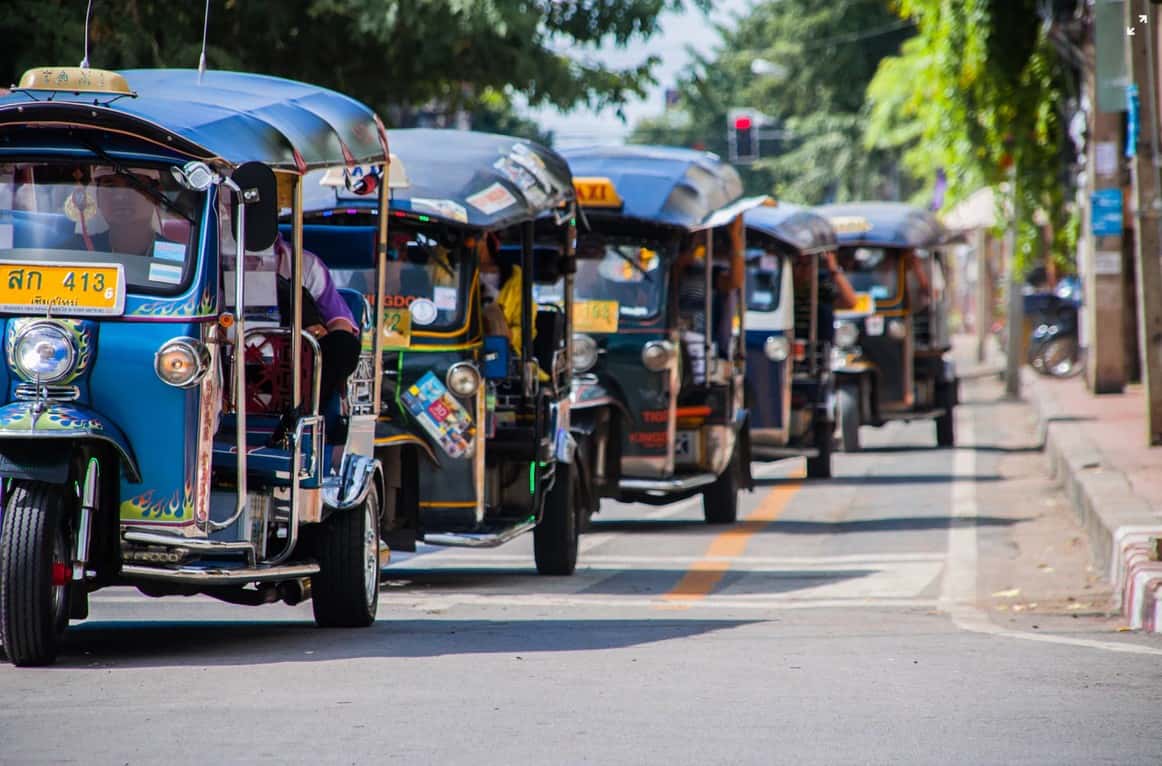 Once a coconut plantation, Koh Samui boasts some of the best diving sites in the world. The island, which stretches only 25 km in length and 21 km in width, is much easier to navigate than Bangkok but has ring roads that connect the island's beaches with main attractions, including an international airport. While offering more of a laid-back lifestyle, Koh Samui still gives adventurous residents the chance to explore activities such as bungee jumping, elephant trekking, and mountain biking.

Krabi is Thailand's best-kept secret. This southern gem is surrounded by limestone caves and rocky outcrops and features a variety of national parks. The region has a strong traditional essence and its largest island Ko Lanta Yai is home to Chao Le (people of the sea, or 'seas gypsies') who live in the limestone caves and live off the land.

Tucked in the Krabi province, Ao Nang is far enough from vibrant city Phuket to offer a more relaxed way of life but close enough to hospitals, shopping malls, an international airport, and Railay Beach, which is a well-known spot for rock climbers. The local economy is made up of local- and expat-owned businesses that attract a unique kind of resident.

Gaining popularity by being the site of the 2000 American blockbuster starring Leonardo DiCaprio ″The Beach″, Koh Phi Phi is situated south of Phuket and is only a two-hour boat ride from the mainland. Monkey Island is a popular attraction for families and animal lovers, while other attractions include hiking in the thick jungles and sailing in catamarans.

10. Experience life in the historical town of Kanchanaburi

Kanchanaburi caters to expats who seek a life on the outskirts of Bangkok. The Western province has an active community of retirees and professionals such as English as a Second Language (ESL) teachers who enjoy living in proximity to natural sites such as the Erawan National Park but also close enough to the country's capital city.

11. The hustle and bustle of Pak Nam Pran

The Pak Nam Pran region of Southern Thailand is an unfolding development story. Young entrepreneurs are moving to the area to set up new industries that are expected to make Pak Nam Pran a key Thai destination in the next few years. The Royal Thai Government also maintains a close eye on efforts to maintain sustainable economic growth in this small district.

Across the expansive northern and southern regions of Thailand, the country offers a variety of residence locations and experiences for global businesspeople and entrepreneurs, digital nomads, young families, and retirees to truly make Thailand their second home. What's more exciting is that, with a privilege entry visa from the Thailand Elite Residence Program, new residents don't have to stay in a single location but can island hop across the entire country, exploring waterfalls, thick jungles, and turquoise beaches as well as lively night markets and vibrant cities.

The Kingdom of Thailand remains a sought-after and popular destination for residence. The Thailand Elite Residence Program, together with Henley & Partners, the global leader in investment migration, provides a straightforward, streamlined way for global businesspeople and entrepreneurs, digital nomads, and retirees to access a long-term visa in the Kingdom of Thailand.